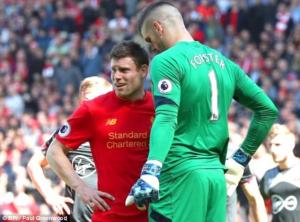 Tomorrow is the final day of the EPL.  The Telegraphs Ben Rumsby wrote: “The title race and battle to avoid relegation ended last week and the European places have been all but decided. Yet there are more than 100 million reasons why there is still plenty to play for on the final day of the Premier League season.

A record £104.4 million in prize money is up for grabs on Sunday, as clubs scramble for as big a helping as possible from the league’s vast pot of merit payments.

Almost two-thirds of Premier League clubs go into their last game with their place in the final standings undecided, and therefore facing what, for many, could be their single most lucrative top-flight match ever.

That is almost certainly the case for Leicester City, whose 6-1 home thrashing by Tottenham Hotspur on Thursday night ensured up to £15.2 million would be at stake in their match at Bournemouth.

The deposed champions could theoretically finish anywhere between eighth and 16th, depending on their result and those elsewhere, with each place in the table worth an additional £1.9 million in prize money. Bournemouth have up to £6.6 million riding on the outcome of the game, given they could end up between eighth and 12th. 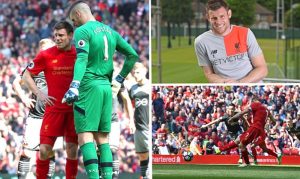 Four teams will also play for up to £11.4 million, including West Ham United and Burnley, who meet at Turf Moor. The two sides will finish the season between 10th and 16th, and 11th and 17th, respectively.

With all clubs guaranteed an estimated £85 million each from the bulk of the Premier League’s income, as well as around £1 million for every live televised match in which they have featured this season, that £11.4 million figure may appear relatively trivial.

But West Ham’s co-chairman, David Sullivan, left no doubt about the importance of that extra money to his side. “It’s vitally important,” he told The Daily Telegraph. “We budget to finish 10th. If we finish lower than 10th, we have a hole in our finances which impacts on our ability to buy players and pay players’ wages next season.”

It is a similar story at Crystal Palace, who stand to make a fortune if Manchester United – already guaranteed to finish sixth – play a weakened team against them at Old Trafford ahead of the Europa League final next Wednesday.

The Palace manager, Sam Allardyce, said: “Yes, the budget will get bigger if we can go up a couple of places. The chairman has pointed that out to me, like every chairman I’ve worked for, which is always an important part of each year’s growth.

“The higher you can finish in the league, the bigger and better the prize money. So, if we can get a result at Old Trafford then that will be fantastic.”

Allardyce also revealed that his players’ end-of-season bonuses depended on how high the club finished in the table, a policy unlikely to be unique to Palace.

The fourth club playing for up to £11.4 million is Stoke City, who travel to play a Southampton side who have £3.8 million at stake on the outcome.

Swansea City, having been in a relegation battle almost all season, have the chance to give a misleading look to the final standings and snatch an extra £7.6 million in the process when they host West Bromwich Albion.

Victory could catapult Paul Clement’s side up to 13th, although they are up against opponents who have £4.7 million on the line as a result of being able to finish anywhere between eighth and 11th.

In fact, the only games in the final round of fixtures where nothing is on the line come at the home of the new champions, where Chelsea entertain a Sunderland side anchored to the bottom, and Hull City. Neither the Tigers, in 18th, or Tottenham, in second, can budge, regardless of their results. 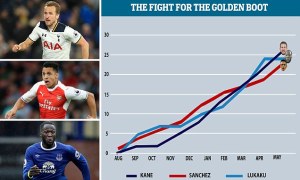 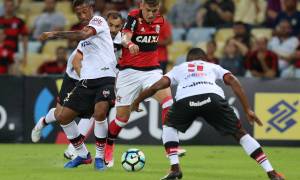 Flamengo and Atletico-MG tied nil-nil the Copa do Brasil. 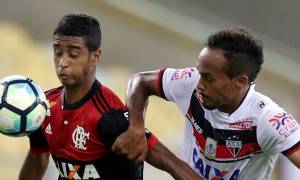 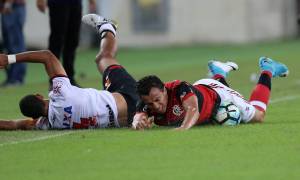 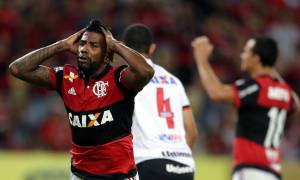 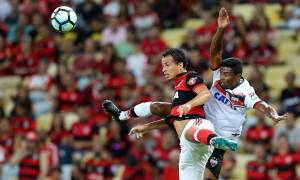 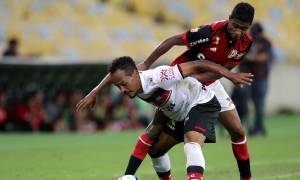